PRODUCTION OF GAS FOR BUSES IN VAASA

The upgrading plant is built and delivered in 2017 to a municipal waste central on the outskirts of Vaasa in Finland. The biogas plant produces biogas from sludge and food waste. In 2014 Ab Stormossen Oy and the city of Vaasa agreed that the buses in Vaasa should be fuelled by biogas produced by Stormossen. Stormossens biogas plant is dimensioned for 300 Nm3/h of biogas and can deliver up to 200 Nm3/h of biomethane.

The biomethane is distributed between 12 buses and replaces about 280,000 L of diesel yearly.

Because Ammongas’ upgrading plant are operated at pressureless levels on the upgrading, no unnecessary energy is used to compress the gas. In addition, the upgrading plant is delivered with heat recuperation on all heat exchangers, which means that a large part of the used heat is delivered back to the customer and is used as process heat in the biogas plant. In total, this means that the plant has a low netto energy consumption in comparison to a traditional upgrading plant, and therefore also lower operational expenses.

The upgrading plant is placed on the coast to the Gulf of Bothnia and is particularly weather exposed. To extend the life of the plant, Ammongas has customised and optimised all equipment to the harsh environment. This is done by delivering the plant prepared for temperatures down to -40 ˚C and with additional reinforcements to withstand the wind load. The low temperature was a challenge while assembling the plant since it was only possible to be outside for a short amount of time. The challenge was overcome by using a well-designed time schedule with clearly defined tasks, which could be solved during the “permitted” operational time outside, and which took changing weather conditions in consideration.

All in all, the plant delivered to Stormossen has been customised to the needs of the customer, as well as the external factors in a way that secures the best conditions for optimal operation and a long lifetime. 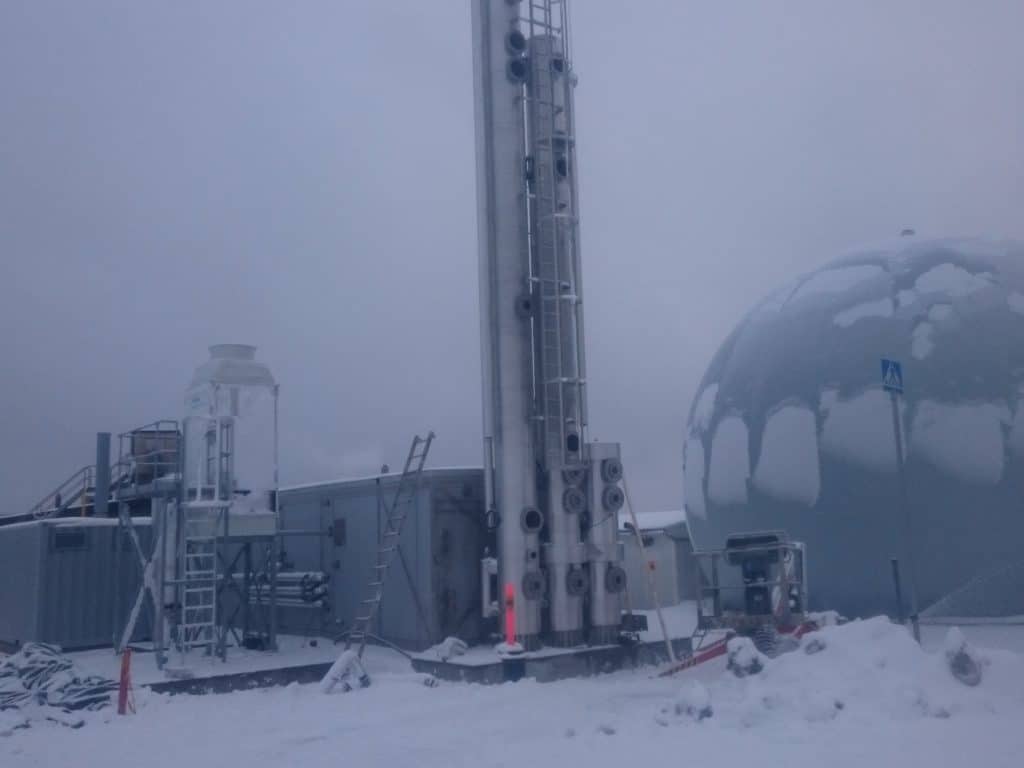 CONTACT US AND HEAR MORE ABOUT
THE POSSIBILITIES OF AMMONGAS GAS