A FULL SCALE AMMONGAS UPGRADING PLANT, BUILT ON A FARM IN SKIVE, WAS ONE OF THE FIRST PLANTS IN DENMARK.

In 2014, after several years of surveys and planning, the Madsen Bioenergi I/S biogas plant with upgrading by Ammongas was finally ready for operation. The vision of the Brothers Madsen was to bring environmentally friendly energy to their local area in close collaboration with Skive Municipality. The plant is a large farm plant, which gets its plant mass and manure (cattle and pig) from their own, and nearby farms.

As a heat source a straw boiler with a gas boiler as backup is used. The straw furnace operates fully automated, as long as a straw bale or two are placed on a conveyer.

The use of excess heat from the upgrading plant works like a textbook example, as the recuperated heat is used for pre-heating the incoming manure. The 85 ˚C warm excess water is led to pipes I the biogas reactors for final heating and fine adjustment of the temperature in the reactors. This results in a total re-use of the heat of 80%, which exactly covers the heat demand by the reactors.

Since this plant, like all other Ammongas plants, is pressureless, the electrical consumption is minimal. The plant has been in operation since 2014 with a constant production of 20% over the guaranteed value, and an up-time of 99% (2016). This is due to the brothers Madsen are very attentive regarding their upgrading plant, very structured in their operation, have installed an extra compressor, and have a critical spare parts storage, as well as a service agreement with Ammongas. 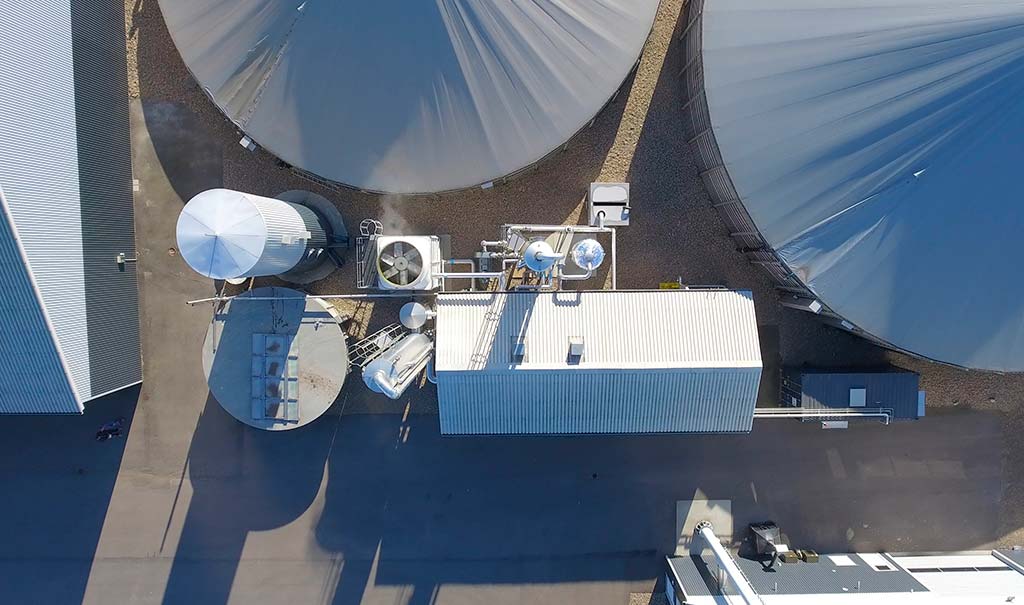 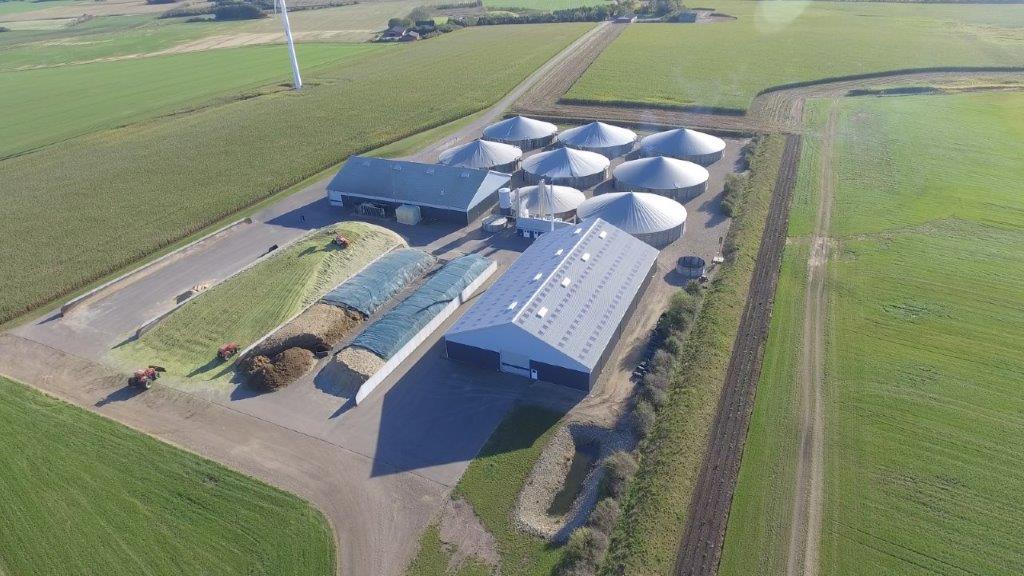 CONTACT US AND HEAR MORE ABOUT
THE POSSIBILITIES WITH AMMONGAS

Ammongas A/S has existed since 2020 and is located in Glostrup, Denmark. The company today consists of 18 dedicated employees, who all contribute to helping the community towards a green development.